Every day, someone will ring me and ask if I can have “a check” of their computer. Basically, they want me to confirm their belief that it’s no longer capable of doing what they want it to do. They’ll generally tell me “oh, it’s well over (insert age) years old”– as if that means it must be “worn out” by now.

These folks will go on to say that they’ve had a look at the local shops. They say they can get a new computer for only four or five hundred dollars. Well, let me tell you why those units are selling for so little money–> they’re junk and are horrendously under-powered.

In a nutshell, no, your computer isn’t “too old”. In fact, it’s probably much better than many of those computers you’re seeing in the shops, right now. All your current computer needs is a service, a “refresh & optimising”. 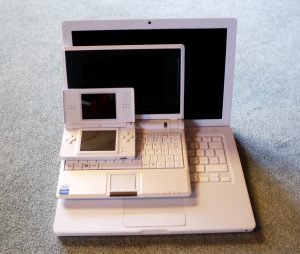 A few years ago, the big thing in technology were the cheap, little “net-books” that had come out on the market. Incredibly small & light, they were perfect for travellers. They handled the basics like web, email, & music easily. However, the main issue with them was that in order to gain battery life, cuts had to be made– and to do this meant a cut to the CPU– the computer’s “brain”. Energy savings reduced the processor’s ability to do much more than light-weight applications. And then, they could only handle only one thing at a time or you’d slow down the whole show.

Fast-forward a few years and we entered the “touch-screen” age. That became the next-big-thing– tablets and mobile smart-phones were suddenly everywhere!

Once touch screen devices hit the shelves, the net-books basically disappeared. In fact, it’s very difficult to even see one any more. You’ll still see “ultra-books”– the high-end, mega-expensive, small laptops, but you won’t see the original, $200 net-book. I personally believe it’s due to the fact that shops didn’t make much in the way of profit on them. They also didn’t want the competition of net-books sitting along-side tablets. So they stopped selling them. I’m not the only one who thinks this– read more here.

The Terrible Truth About That Cheap Computer 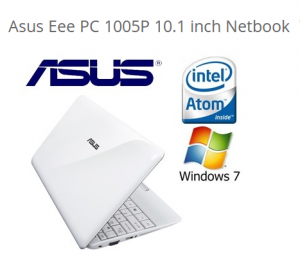 However, the anaemic Atom CPU’s that had been manufactured by the pallet-loads, for the now-defunct net-books, were still sitting in warehouses. These CPU’s are cheap. I mean cheap in the worst way possible. “Atom” processors are under-powered and under-perform in every way. They are a huge bottle-neck. You could have an SSD (solid-state drive) + 16GB (gigabyte) of RAM (random access memory) and it wouldn’t help because the CPU is too weak to utilise them.

So, guess where those piles of anaemic, under-powered CPU’s ended up? That’s right– they, are what’s powering most of those cheap, $400 laptops in the shops today! Yep. Sales-people funnel the unsuspecting public right over to these because they know they’re tired, old dogs and they need them sold.

Meanwhile, that “old” computer that you already own that you’re having me look at? It’s at least twice, if not three times, more powerful. I will re-install the operating system and then optimise it for speed. This, is what I do best and it only costs a flat $120. You, will go home with a rocket; and for a fraction of the cost of the old-dog they’re trying to stick you with at the local shops.

Save your time, money, and spare the aggravation. Let me show you just how good your computer can run. I can make your computer faster and more responsive than you can imagine. I look forward to seeing you soon.

Do NOT follow this link or you will be banned from the site!