You receive a “fake” telephone call from someone purporting to be from either *Microsoft or your internet provider. Or, a fake lock-screen pops up on your monitor stating that you are infected, etc., with a number to ring for assistance.

The scammer will be quite business-like, offering you their fake badge number and sometimes even a fake telephone number which they encourage you to ring to “verify” that it is a legitimate call. This is all a part of the “set-up”. Did I mention it’s all FAKE?

They will tell you that there are major security issues with your computer and that they need to remotely access it in order to set things right again. They do not mention a payment–> yet. 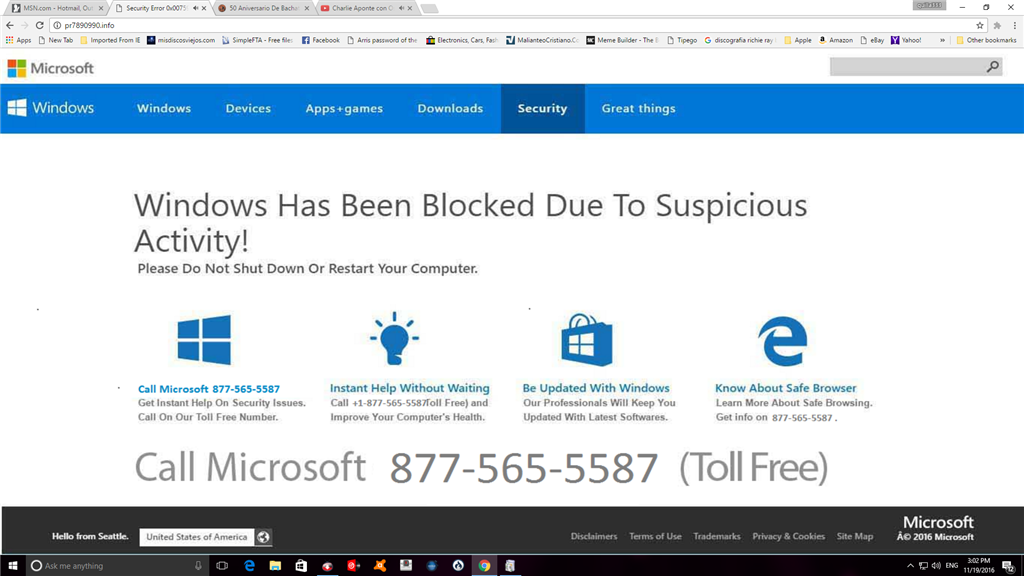 The fake tech will then talk you through a series of steps which allows them to access your computer directly, via the internet connection. As soon as they are “in”, and controlling your computer, they begin to work quickly– generally showing you “errors” in your Windows event viewer (which are actually common to Windows and NOT generally anything to really worry about). 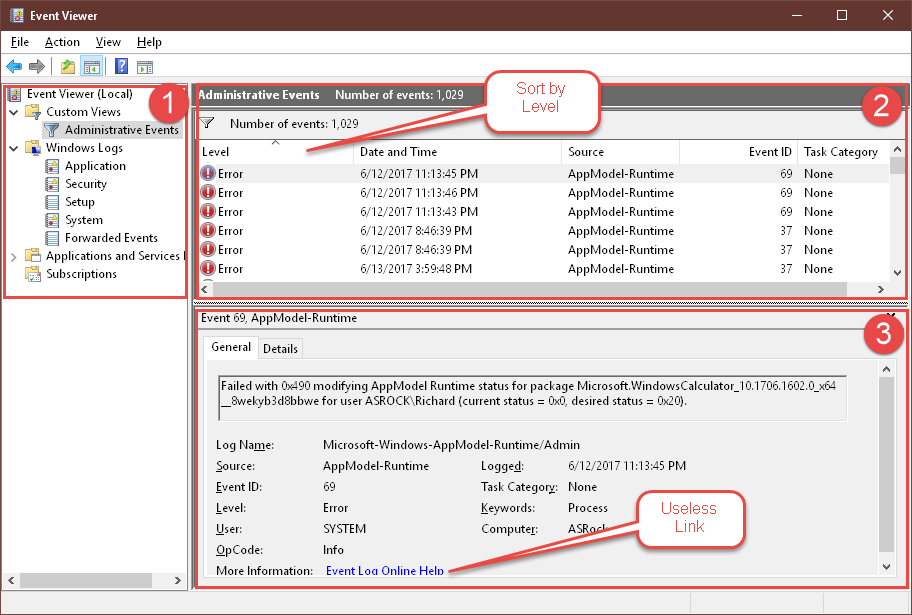 From there they surreptitiously will do the following. What happens next is really dependent on the scammer:

1) install a remote “back-door”, which runs as a service every time you start your computer. It may or may not appear as an icon on your taskbar. This is alarming, as a running remote service can sometimes grant them later access even when you are not at the computer.

2) sabotage your computer, causing “real” issues, where there had been none previously (this can include erasing all recovery points so that you have no way to “undo” what they’ve done). They then use this as further proof of you needing their help.

3) finally, they ask permission to fix things and only then, do they start talking money. Their fees range from $100- 500. When you state that you don’t have that kind of money available, they offer to reduce their price.

If you get hit with the screen-lock version of this scam, and even though it says, “don’t turn off your computer”, turn it off by holding down the power button until it shuts off. Then, ring a local technician to have the computer checked for malware and viruses.

If you get hit with the phone scam, from “Microsoft” or your “internet provider”, HANG UP IMMEDIATELY. Don’t say a word– just hang up. Wait to see if the person rings back right away. If so, ignore it- don’t pick up. Now, you ring whomever they claimed they were. If it was your ISP, ring them, by getting their number from one of your invoices. If Microsoft, ring them: 13 20 58 (Domestic) or 1800 267 785

Ask them if someone from their tech support had tried to contact you just now.

They’ll say, “no”. *The above scam also applies to: banks, credit card companies, Ebay, Paypal, etc. as places scammers will claim to represent.

Now, if you do happen to have the above or other issues with your computer, definitely feel free to ring me. I’ll get some details and let you know the best way forward. The decision will be entirely yours and you’ll be working with a legitimate, local business.

Do NOT follow this link or you will be banned from the site!